The Paradox of Trashing the Ego 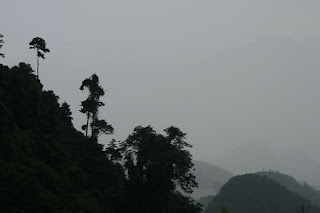 There is a popular Jewish joke about the former Novardok Yeshiva, one of the more extreme exemplars of the mussar movement that developed in Lithuania in the latter part of the 19th century. This yeshiva placed great emphasis on “the negation of the ego and the physical world” (Wikipedia). Students wore tattered clothing and engaged in deliberately humiliating activities to achieve that end. The joke goes as follows:

Chaim, a new student, arrived at the Novardok Yeshiva. Being a novice and not knowing exactly what was expected of him, he simply observed what the other students were doing and copied them. When it was time for davening, observing his fellow yeshiva students engaged in fervent prayer and shokeling back and forth with great intensity, he did the same. During the period for Talmud study, he mimicked the others with their sing-song chants and exaggerated hand gestures. Finally, it was time for mussar self-examination, when each student retreated to a private corner, beat his fist remorsefully against his chest and repeated the refrain in Yiddish: “Ish bin a gor nisht! Ish bin a gor nisht!” (“I am a complete nothing!”) Observing the behaviour of these students, Chaim sat down and, pounding his fist against his chest, likewise repeated the same mantra: “Ish bin a gor nisht! Ish bin a gor nisht!” One of the veteran students seated nearby observed Chaim disdainfully, turned to another old-timer and commented, “Look at this one! He’s been here just one day, and he already thinks he’s a gor nisht!”

The concept of bitul ha-yesh, literally the “negation of substance”, first appeared in certain schools of kabbalah and came to prominence with Rabbi Yisroel ben Eliezer, better known as the Baal Shem Tov, founder of the 18th century pietist Hasidic revival in Eastern Europe. The idea of “annihilating the ego” is well-known from different forms of Eastern mysticism as well as in Sufi and Christian mystical thought. It has resurfaced with contemporary spirituality, including the new pop kabbalah, so that once again many spiritual seekers are pre-occupied with this arduous task.

The questions addressed in this article are three-fold:

What does it mean to annihilate the ego?
Can it in fact be done?
Should it in principle be done?

As the American philosopher Ken Wilber has pointed out, the whole notion of “ego” is based on a mistranslation of Freud. In German, Freud used the 1st person pronoun “das Ich” (the “I”) to indicate the self-sense that one possesses in relation to others. The translation of this into the Latin “ego” has led to the misunderstanding that the “ego” is some kind of entity independent of self; applying this mistranslation to the mystical concepts mentioned above, the “ego’ is viewed as a negative force that somehow obstructs the perception of a higher Self.

A statement such as “I am working hard to get rid of my ego” is an inherent tautology, for the “I” that is working hard is, in fact, according to Freud’s definition, none other than “das Ich”, i.e. the ego itself.

Even the lesser effort to eliminate pride, an endeavour endorsed in the ethos of most exoteric religions, is still laden with paradox. It is said that the last words of the Baal Shem Tov, a paragon of humility whose heart was open to every human being, were from Psalm 36: “אל תבואני רגל גאוה” (“Let me not succumb to the habit of pride…”). The Hasidic manifesto Yosher Divrei Emes heaps scorn upon those who adopt a manner of humility, as this pretext itself is used to enhance one’s perception of self, thus fuelling the fires of pride through its supposed negation.

Another well-known story is told of Reb Dovid of Lelov, a paragon of humility in the panoply of Hasidic masters. In addition to being humble, Reb Dovid practiced an extremely ascetic lifestyle, fasting during the entire week and eating only on the Sabbath. On a Friday afternoon on a scorching hot summer’s day, he was wandering through the Polish countryside on his way back home to Lelov. After six days of fasting, his stomach ached and his throat was parched. Suddenly, he came upon a clear, gurgling stream of pure spring water. He was sorely tempted to have but one small drink of water to make the remainder of his journey bearable. After all, it was nearly the Sabbath; in a few hours he would be enjoying a meal in the comfort of his home, so what did it matter if he had a little drink of water now? Surely, God in his mercy would understand.

He knelt down beside the brook and cupped the cool, fresh water in his hands. At that moment, the voice of his own conscience spoke to him: “Oy, Dovidl! Oy, Dovidl! You have gone for six days fasting for the sake of your Maker and now, because of your lowly desires, you intend to discard it all? Have you not the power to overcome your personal needs and wait but another three hours to enjoy a meal on the Sabbath as is your wont?” Reb Dovid braced himself with resolve, let the water slide from his hand, rose up, and resumed his hike back to Lelov. All at once, he was overcome with a sense of great elation and self-satisfaction at having overcome his thirst. At that very same moment, he froze in his tracks, having recognized that emotion for what it truly was: spiritual pride. He then returned to the stream and drank freely from the crystal waters.

I often visit the Bodhinyana Monastery of Theravada Buddhists in Serpentine, not too far from my home in Western Australia. It is always a serene experience for me. I have a warm rapport with the abbot, Ajahn Brahm, and often engage in discussions with the monks. Once, I discussed the issue of celibacy with one of them. Most kabbalists would find general agreement with the first three of the Four Noble Truths of the Buddha: life is suffering, suffering is caused by desire and negation of desire eliminates suffering. The theoretical disagreement lies in the application of one facet of the Eight-Fold Path, the ostensible Middle Way and the means to eradicate desire.

That facet pertains to the Buddhist view (shared by Catholicism) that abstinence from sexuality is a way to overcome its magnetic allure. Apart from the Torah commandments to produce offspring and for a husband to provide his wife with sexual pleasure, according to kabbalah the sexual act is both paradigmatic and reflective of the union between Divine transcendence and immanence.

My somewhat wistful comment to the Buddhist monk was that I envied the simplicity of the Theravada sangha: no monetary possessions, no home (or mortgage on one), no wife and children to deal with. It seemed to me far easier to reach spiritual fulfilment under such idealised conditions. The monk expressed profound surprise; he had never before considered the path of the Buddhist monk to be an easy one. The Jewish mystic, however, is expected to reach enlightenment through engagement with the physical world rather than renunciation of it. Although, on the one hand, this might seem like a far more pleasurable experience in temporal terms, in spiritual terms it appears on the surface to be a gruelling if not outright impossible task.

That, however, is only the view from the surface, where physicality seen in dualistic terms is an impediment to the sublime. Indeed, this was the view reiterated by many of the kabbalistic schools, particularly those influenced by the Gnostic perception of the physical world as a reality that had to be transcended. Even the kabbalah of the Ari was tainted by this perception; the kabbalists of Safed followed a path of extreme asceticism, where extensive fasts, self-mortification, flagellation and tearful prayers were par for the course. It was the innovation of the Baal Shem Tov that developed Lurianic kabbalah beyond this surface dualism to the absolute unity of panentheism, where everything that existed was a manifestation of the One. The very notion of evil, according to the Baal Shem Tov, was only so insofar as our relative perception of it imbued it with this negative quality. The physical world was more than just an emanation from God, as defined by previous schools of kabbalistic thought; it was an actual manifestation of the Divine, present in all created things.

Bitul ha-yesh, “the negation of substance”, was not a state that one needed to struggle in order to achieve. It was the state of things as they are. For if every physical manifestation is in reality nothing more that the presence of the ineffable Ayn Sof, then there was no “substance” or “yesh” to begin with. Rather than an arduous task to alter reality, one only had to perceive it as it truly is. What need was there to annihilate the ego, when it never truly existed? Like the Buddhist doctrine of “emptiness is form, and form is emptiness”, every aspect of the manifest world, including the perception of self, was in fact the Nothingness of Ayn Sof. Even more, without that vessel of the “I’ or the “ego”, no manifestation of the Divine was even possible. The two were mutually symbiotic. Godliness would not exist without an ego to both perceive and manifest it.

In the Tibetan school of Dzogchen Buddhism the “Great Perfection” is considered the natural state intrinsic to all beings. Only as a result of karmic flaws do we miss seeing the absolute goodness inherent in what we truly are. The ultimate goal is to clear the mind of the mental clouds that obscure this truth and to then maintain it in every aspect of physical existence.

Similarly, in Hasidism the aphorism בכל דרכיך דעהו (“Know him in all your ways…”) was foundational in establishing this material world, and the perception of self known as ego essential to it, as the meeting place of the Divine rather than the escape route implied by the earlier ascetic versions of kabbalah. One might argue that all of this is mere polemics. Is there any difference in the end between getting rid of ego and clearing away the mental flak that hampers a true perception of what ego really is? My contention, however, is that the difference is existential rather than semantic. By viewing the ego as inherently evil, one not only perpetuates a dualistic outlook but also runs the risk of falling into the trap of spiritual egotism, where the ego takes pride at its very efforts to eradicate itself. When, however, we relinquish not our ego but our mental pre-conceptions as to what that is, we arrive at the foundational understandings in both Dzogchen and Hasidism. Then, the ego itself becomes the “Great Perfection”, the mirror of Emptiness in which the divine Form is reflected. It is at that point that we can all heave a deep sigh of relief, sit back and, whatever we are doing, perpetually enjoy the blissful condition as the gor nishts we really are.